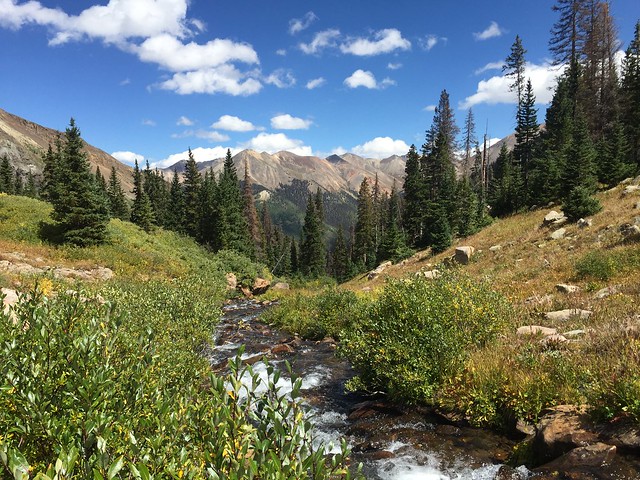 This weekend marks the “end” of summer adventures. I use quotes around end because, let’s be honest, does the adventure EVER end in Colorado?

That’s a rhetorical question. We all know the answer is no.

This summer I made it my mission to camp as much and as often as I possibly could. I have been to Buena Vista, Crested Butte, Kenosha Pass, Leadville, and this past weekend out in the American Basin near Lake City. It’s been one beautiful adventure after another and further increases my love of the outdoors, especially the mountains that I call home.

I’ve been camping since I was little; always car camping (even now) but mostly it has been at sites where you pay the host, there are nice little toilets and there are loads of people as neighbors. There’s nothing wrong with that kind of camping, it’s a lot of fun and gets people out. It got me out several times last year! (Plus it’s easier to find your group of people by telling them you’re at spot 13.) This year I discovered dispersed camping and now I can never go back. Dispersed camping is typically on national forest land and have defined camping spots, just no facilities, no camping host, rougher roads to get to them and far fewer neighbors. And it’s free!

I’ve stayed in some of the most beautiful spots that have just taken my breathe away at every turn. When I stayed in Crested Butte (and in the American Basin) I arrived after dark so I had no idea what the campsite looked like, no idea the views we would experience. Waking up, opening up my tent flap and uncovering the most epic of views was something I’ll never forget. Some camping spots from this summer included: 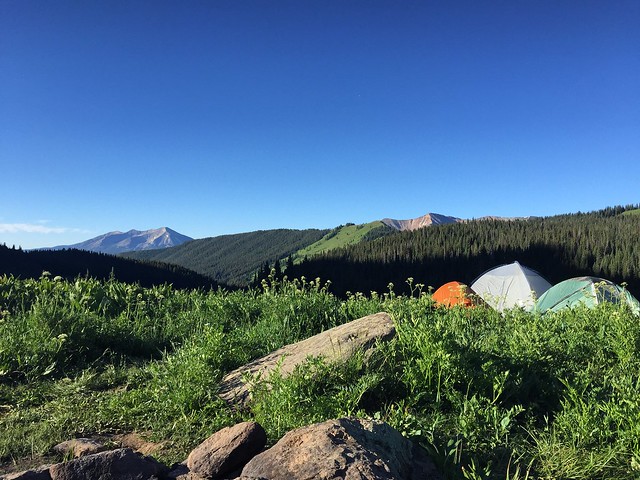 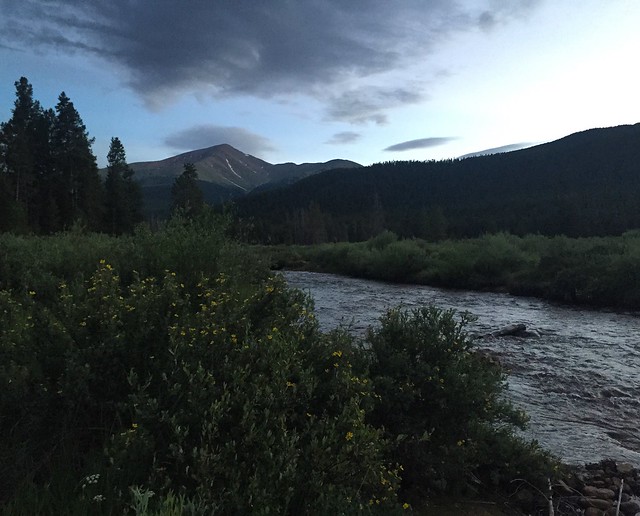 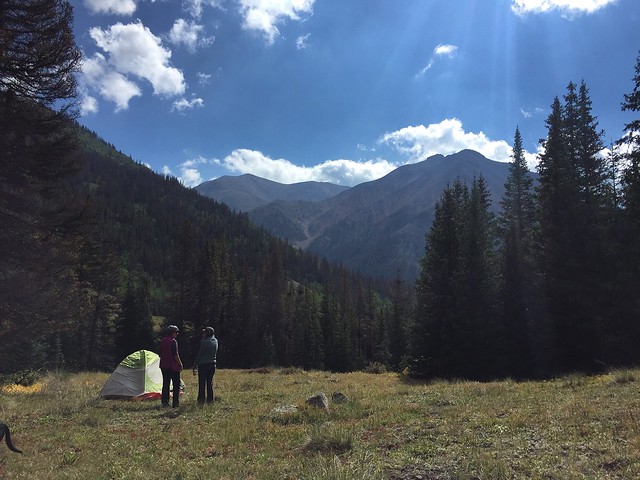 I still can’t believe how much my life has changed since moving here six and a half years ago. This is certainly not something New York City Ashley did on the regular, or even every once in a while. If you had told me seven years ago that I would climb five 14ers (mountains that are over 14,000 feet above sea level) I would have probably laughed in your face, wondered what you were smoking (or doing lines of in the bathroom) and debated the state of your mental health.

How about the fact that I can now pee outside, behind trees, rocks or even waist high skunk cabbage?  This is a pretty big feat for someone who doesn’t even like going to the bathroom in a public restroom. Now I can even do it while hiking (if I’m desperate and there’s not that many people around).

I got home Sunday night from one of my favorite adventures so far. I drove 6 hours out to the San Juan mountains to camp in the American Basin between the mountains Redcloud, Sunshine, and Handies. At the beginning of the week I had decided I wasn’t going to go. I was tired from not sleeping well (when am I not tired and actually sleeping well?) and feeling a bit hermit crab-like so I told my friends Becca and Scott that I was just going to stay home. Somehow I changed my mind, reminding myself that I had promised myself a summer of adventure and wasn’t this the last weekend to do that in? So I committed to  the trip and I’m so glad I did.

As long as you ignore the fact that my weekend started with a panic attack over an insane mountain road. Let’s just say they call it a “shelf road” and it hugs the side of a mountain. And it’s no wider than your car. And there’s a cliff involved. At night. Aaaaanyway.

I connected with old friends and made new ones. I climbed a new-to-me mountain and enjoyed pretty much every second of it. I wanted to wrap the San Juan mountains up in a bow and take them back to boulder with me. Everything about that weekend–from the laughter around the campfire, to the tent city we had to create to deal with the pouring rain, the much needed chats with friends through pristine valleys and even the wind that kept throwing everything around–was just what I needed. I drove home exhausted but with the biggest smile on my face and the most love in my heart for this crazy square state of mine. 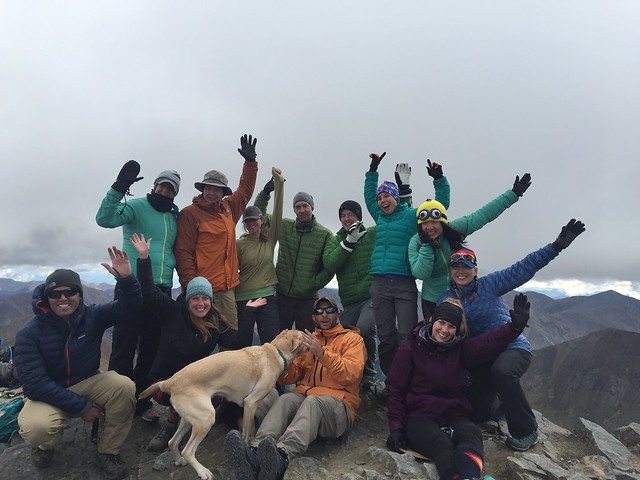 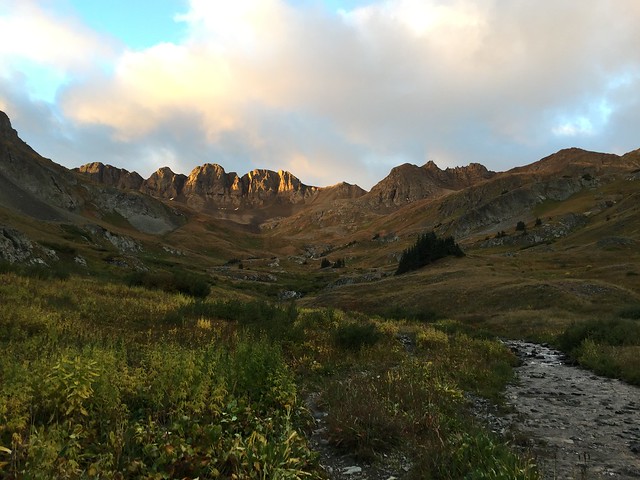 An early good morning from the mountains