Week four of running and I have some breaking developments. Not only am I blogging again (I KNOW), but I finally have gotten into the groove of running. Just shortly after writing that last post a switch went off and I’m enjoying running.

I apparently have been suffering not only from major writer’s block, but running block as well. On Saturday I went for my long run (8 miles now) and instead of my usual run for 30 seconds, feel like dying, then walking in pain for a minute, I actually ran pretty much the entire 8 miles. 8 miles of running AND I clocked 3 of those miles at under 10 minutes. I was ready to high five strangers. I would say hug but I’m not the biggest fan of hugging random strangers so high fives it is.

I’ve also noticed the switch flip in terms of my mood. I’m not going to lie, for more than a year I have been suffering from what I would say is a pretty bad case of depression mixed with a lovely side of horrible anxiety. I know part of it was because I was no longer running, or even exercising at all, and I slowly sunk deeper and deeper into the “I hate everything, I want to move, blah blah blaaaahs”. Let’s just say I was probably not the most pleasant person to be around.

This certainly hasn’t been a bad year. I got a new job back in the interior design industry after four years at the sleep clinic, and celebrated two years of homeownership in April. In July I got a new car and sold the old one in record timing. I’ve also had some pretty epic adventures, including camping most every weekend in June and July.

All this good stuff and yet my brain wouldn’t let me enjoy all the good things that were happening. While I was in the moment it was great; I was happy setting up camp at various beautiful sites throughout Colorado. I was over the moon walking through some of the most pristine, beautiful landscapes I have ever been to in Southeast Alaska. When it ended, though, I went right back to the doldrums of where I was before. My brain would not allow me to be grateful for it.

Now that I’ve really gotten back into running, and am finally in that sweet spot with it, I’m noticing a change. For one, I’m motivated to blog again. (And I promise it won’t just be about running!) The other is that I’m content. That’s a big thing for someone who has been so unsatisfied this past year, always looking around the corner to see if there’s somewhere else that could bring me happiness. Of course there was a silver lining to that: I got my travel shoes back out. Damn! I missed travel. I used to do it all the time! Every year when I lived in NYC it seemed I was jetting off to Europe, or Wyoming, or somewhere else fun and exciting. Aside from the yearly trips back to NYC, I haven’t done much traveling since I’ve landed in Colorado.

This year alone? I went to Alaska (and I could go on and on–and on–about how much I loved it) in May for ten days, spent a weekend in Seattle and will be heading out to Montreal in 4 and a half weeks for this half marathon (and some sight seeing!). I haven’t been putting travel as a priority but now I am. Thank you, depression!

The downside to all this, aside from the icky feelings and constantly feeling worn out, was that I got lazy. I didn’t want to go out, I didn’t want to cook dinner, I didn’t want to clean my house. It took a toll on everything. I would try to make an effort but…effort. It was far more satisfying to sit on my couch and be miserable.

So it’s really nice to kick depression back to the curb. It’s nice to have my old self back again. To feel grounded, centered, and satisfied. To not want to pick up and move because I think that will solve things. So thanks running for bringing me back. I think I’ll hang on to that travel bug, though. 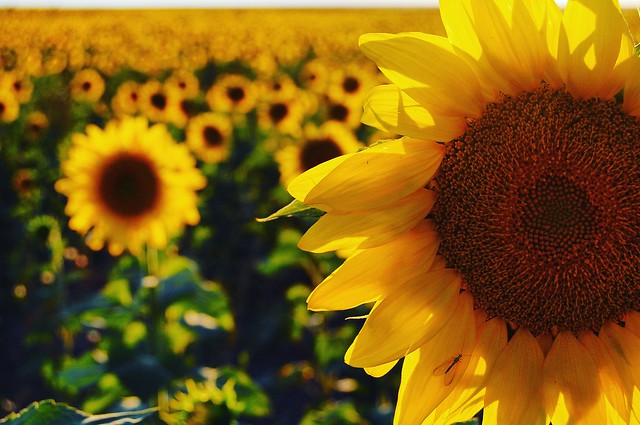